What is Angular ? How to setup Environment for Angular?

Angular is a typescript based JavaScript open-source front-end web application framework. It is primarily maintained and managed by Google together with an extended community of people and companies, to approach many of the challenges faced when developing single page. It is completely extensible and works well with other libraries.
Why do we need Angular?
Complex  and Large scale applications are hard to maintain in Javascript and Jquery. We need a way to structure our application. That is why these frameworks (Angular, React,Vue, etc.) are used.

Angular is a part of JavaScript Ecosystem.
This open-source framework was introduced by Google in 2009 and official released in 2010 received warm commendation from the development community.
According to the StackOverflow survey in 2018, 36.9% of software engineers now use Angular.
It belongs  to MEAN (Mongo, Express, Angular, NodeJs) stack.
Is created for enterprise-scale applications.

1.Gives our application a clean structure: easy to understand and easy for maintenance.

2. Includes a lot of re-usable code for easier access.

6.Higher Security for the enterprise-scale apps. 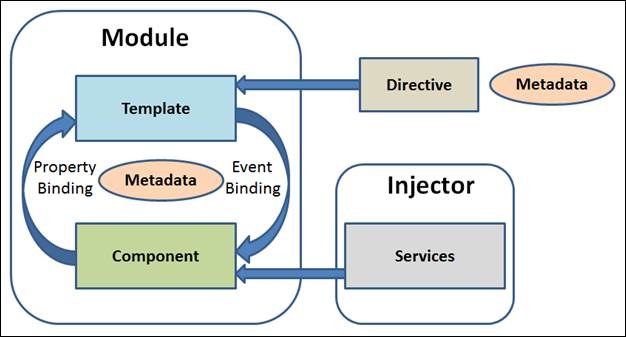 In APIs, endpoints are accessible via the HTTP protocol (GET & POST methods)

Note:- And the role of Angular is at front-end that is at Client side — User Interface.

Angular is simply component ,service and model based framework.Here we have different components created separately so that we can easily integrate in the modules we want.Component is the portion of UI that may a single page or some portion of a page that can be called anywhere without copying the codes.This is all about basic introduction of Angular. We provide you more explanation in details about angular approaches for web security,vulnerability analysis,SEO and Optimization and more.

The latest version of Angular existing today is 10 and Angular 11 is yet to  be finalized.